Why do we Salt Roads? 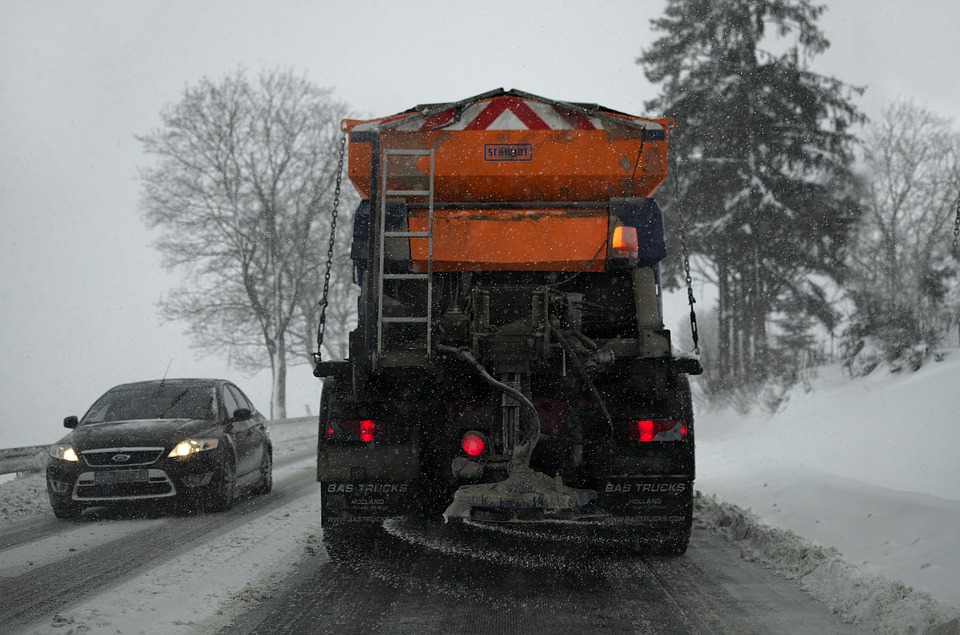 At this time of year, drivers across the country should be especially grateful of a special chemical substance: one that keeps the roads safe and tastes delicious when sprinkled across a plate of fish and chips. We’re talking, of course, about sodium chloride, or salt. But how exactly does salt do its job on the roads, and why do we use it? Let’s explore the question!

Does salt stop water from freezing?
If you were to ask most drivers why salt is used, you might get a broad consensus that salt stops things from freezing. But this is only true to an extent. Salt stops water from freezing at 0°C, but it’ll still freeze when the temperature drops a little below that – typically -10°C. It’s for this reason that really cold countries, such as the Nordic ones, have to take extensive measures to prepare for a snowy spell. Rock salt comes mixed with various impurities, like sand, which not only helps to cut costs; it’ll also improve traction during spells of cold weather.

This lowering of the freezing point has a special scientific name: freezing point depression. It’s the same phenomenon that prevents anti-freeze and vodka from solidifying alongside water. It’ll also help to make frozen water even colder – which is why ice-cream can be made by mixing salt and ice in a bag.

Why do gritters not spread salt?
You might have seen a few gritters driving around this winter that aren’t actually spreading salt – or so it would appear. In some cases, this might be because the gritter is travelling to or from the depot. In others, it’s because the salt is being spread directly down onto the road rather than out in all directions. These days, gritters are constantly tracked, and come equipped with special electronics that’ll dispense only as much salt as is required by the road. It’s all very clever stuff.

How much salt does a road need?
The amount of salt dispensed will vary according to the amount of snow forecast, but coverage should sit somewhere between ten and fifty grams of the stuff for every square metre of tarmac. Melting may take several hours to occur, and if things are particularly slow, a layer of ice may even form on the top, only thawing as the snow permeates the snow. If there’s plenty of traffic on hand to distribute the salt, then this isn’t so much of a problem – which is one of many reasons why busier roads are easier to grit.

What’s wrong with salt?
Putting out hundreds of tons of rock salt often has environmental consequences, since all of that extra salt has got to go somewhere. Moreover, the unpurified rock salt that’s spread during winter often contains other harmful chemicals, like lead and phosphorous. With that said, there aren’t any other de-icing solutions that’ll do the same job at the same cost, and so the side-effects of salt are seen as something to be managed rather than overcome.