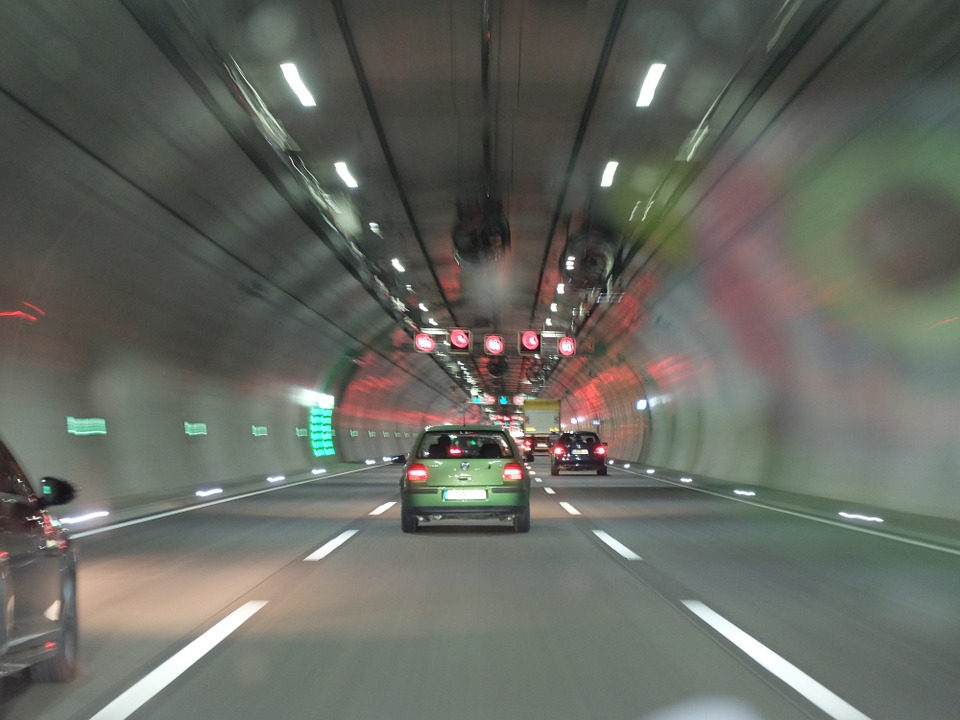 This week, Highways England have experimented with a different approach to motorway resurfacing. They’re laying rubber from old tyres into the surface of a major British motorway for the first time. The logic behind the move is pretty obvious: when you have loads of old tyres knocking about, why not mince them into slurry and mix them into the asphalt mixture you’re about to lay down?

The section of road in question is the M1, just south of East Midlands airport. If everything goes well and the stuff stands up to real-world punishment, then we could see it being used in other British roads, saving the taxpayer thousands and helping the environment in the process.

What’s behind the change?
Now, you might be wondering why some bright spark hasn’t had the idea of mushing up old tyres and sticking them onto a road before. And the answer is that they have – but that it’s actually cheaper to export old tyres to parts of the developing world, where they can sit in a landfill. This is because EU rules prevent us from storing them in landfill here in the UK.
Most of these tyres end up in Kuwait, where there’s a tyre graveyard so large that you can see it from space. Take a look on Google maps: the thing is truly enormous. Now, while these tyres aren’t doing much environmental damage while they’re sitting in the middle of the desert, the cost of getting them there amounts to millions of gallons of fuel. If we can put them to use here in the UK, we’ll be quite literally saving ourselves a ton.

Tarmac (that’s the aggregates company behind the compound) say that they need around 750 old tyres per kilometre of road resurfaced. The managing director, Paul Fleetham, reckons that: “used tyres offer a significant opportunity to unlock the benefits of a circular economy.” Which sound quite a lot like the sort of thing managing director of an aggregate company would say.

Is this the future?
The stuff we currently use to create road surfaces is far cheaper than this newfangled solution. But, proponents argue, that’s only because the infrastructure isn’t yet in place to manufacture the new stuff in large quantities. But until the material is proved successful, stepping up production isn’t likely to be declared feasible. As such, we have something of a chicken-egg problem.

While we’re not about to hop out in the middle of the M1 and have a gander at the surface, we’re told that it’s pretty much indistinguishable from the usual stuff when you’re driving over the top of it. The real test will be whether it’s rugged enough to stand up to abuse. If the stuff needs to be replaced every few weeks, resulting in massive, constant roadworks, then it’ll likely be scrapped as more trouble than it’s worth. But if it doesn’t, then investors will begin to step in, and this might be the way of the future. Who knew that the world of road surfacing could be quite so fascinating?