Hogging the Middle Lane: The Facts 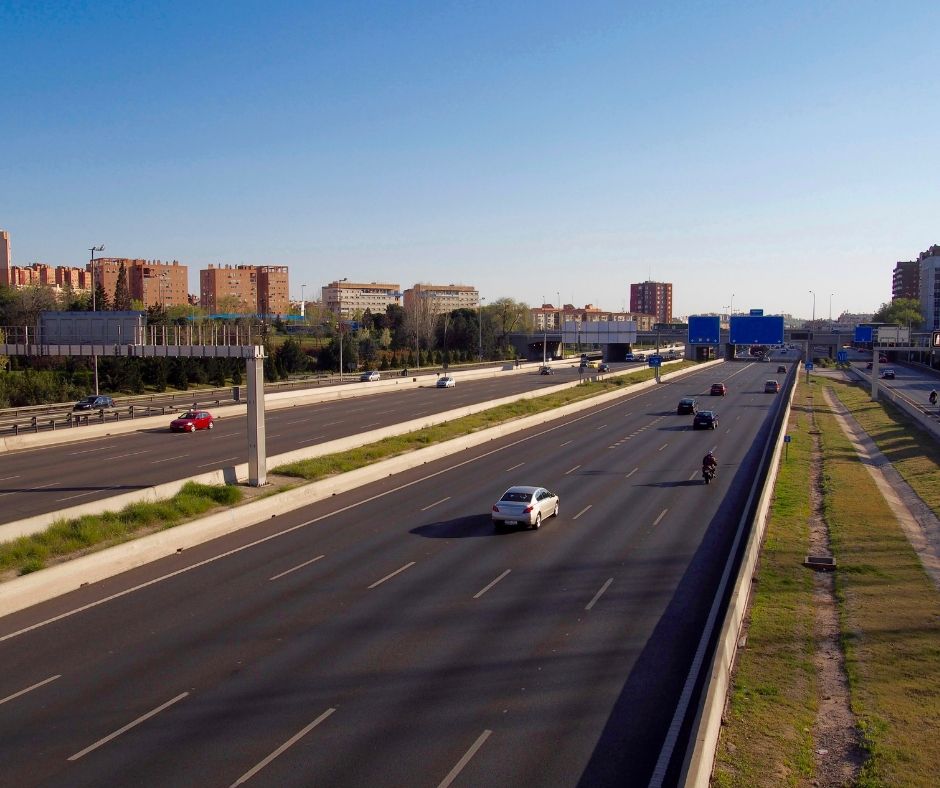 Given that most drivers in the UK don’t take to the motorway until after they’ve passed their practical exam, it shouldn’t come as much of a surprise that so many don’t know how to properly use the motorway. Perhaps the most glaring example of this is when drivers stay on the middle lane for protracted periods of time.

It’s easy to fume when you’re stuck behind someone hogging the middle. But it’s probably not productive – after all, when someone knows the rules, there’s no reason not to stick with them.
So, we’re not going to do that here. What we will do is explain where so many of you are going wrong, why it matters, and what to do about it. When we’re done, you really will have no excuses!

What’s wrong with hogging the middle lane?
If you’re trundling along in the middle lane, then all of the traffic that’s looking to pass you will need to shift over into the fast lane. This might mean three lanes of traffic squeezing down into one. The result is invariably more braking, more lane changes, more congestion, and, statistically, more accidents (accidents on motorways are heavily correlated with lane-changing manoeuvers). If someone is passing you on in the left-hand lane, they’ll need to perform four lane changes to avoid undertaking!

Not much room for interpretation, here: except there’s that word ‘safely’, which allows for a few exceptions (which we’ll come to).

What does the law say about hogging the middle lane?
The police have the power to issue on-the-spot fines of £100 for hogging the middle lane, much as they do for tailgating or any other form of driving-without-due-care-and-attention. In practice, however, you’d have to take some serious effort to attract such a fine.

When is it appropriate to stay in the middle lane?
Of course, there are always exceptions to the rule. In some cases, you might see that shifting over into the left-hand-lane is pointless, because you’re going to have to come back just a few seconds later. Excessive lane changing is, as we’ve mentioned, dangerous, so on balance you’d have to judge that it’s appropriate to stay in the middle lane. So, if it’s busy, lane-hogging isn’t really possible (unless you’re doing this in the right-hand lane, in which case you’re really pushing your luck).

Similarly, if you’re coming up to a junction, you might deem it sensible to stay in the middle lane, and thereby provide room for the joining traffic. The same goes when there’s someone broken down in the hard shoulder – you might reasonably decide to give them a little bit of room, in case they do something unexpected.

Finally, some smart-motorways might instruct drivers to say in their lanes – this order usually arrives when traffic is so slow that no-one’s getting very far, anyway.