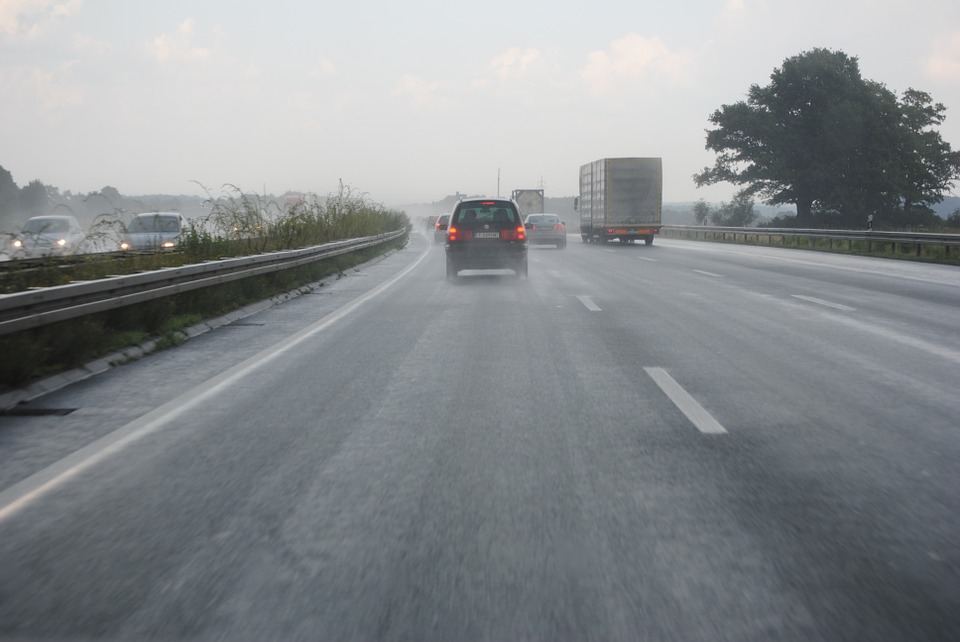 In the build-up to Christmas, everyone’s rushing around to get their shopping paid for and delivered. Barely any heed is paid to the treacherous road conditions that drivers need to deal with to make the whole thing happen!
In this article, we’re going to take a brief look at that most alarming of weather phenomena: the crosswind. You’re driving along a motorway when the hill to your left gives way, and a wide open plain (or, worse yet, a seafront) replaces it. The back of the van acts as a sail, dragging you suddenly across into the adjacent lane. Crosswinds are an occupational hazard for drivers of all sorts, but if you’re driving an especially big vehicle, they can be positively nightmarish. So how do you deal with the problem? Let’s find out.

Anticipate the Crosswind
If you’re going to be driving across a coastal or hilly route, then you should anticipate a few crosswinds. If you’ve got a little bit of experience under your belt driving in a particular part of the country, then you might already know what to expect. The most dangerous crosswinds are the ones that take you by surprise – so be sure that you’re mentally prepared.

Don’t Overtake
If it’s getting really blustery out there, then try to avoid overtaking where possible. If you come out from behind a container truck at speed, you might be surprised by the force with which you’re pushed out into the overtaking lane. Moreover, the person driving the truck is probably going to be struggling to keep things under control, too – and if they’ve got loose objects strapped to the back, then so much the more terrifying. Especially for those of us who’ve seen ‘Final Destination 2’.

Don’t Overcompensate
When you first feel the crosswind pushing you, you might be tempted to yank the vehicle back onto the straight and narrow. Do this, and you’ll risk making things ten thousand times worse for yourself. Instead, guide the van gently back into the middle of the lane. If you’ve been paying attention, then you might already have begun to compensate before you enter the crosswind.

Get Crosswind Assist
Crosswind assist has been on Mercedes Benz Sprinters for several years now, and Ford have a similar technology built into their Transit range. This technology is one of several driver-assistant devices which work by applying brakes selectively. So, if you get swiped from the left, the van will squeeze the brakes on the left hand side of the car in order to compensate for the drift.

You might think that this is a particularly niche thing to build into a van – after all, this is a pretty rare occurrence, and only a tiny fraction of crosswind-afflicted vehicles end up causing accidents. However, given that the technology makes use of the stability-boosting hardware that’s already built into the van, it’s not such a big deal to program in some crosswind-compensation, and it’s worth looking for it even on more affordable, second-hand vans.